I’ve been wanting to do Naia for a few years now- it’s the perfect combination of an area that I havent been to, with the fact that it looks like a good winter route to climb with skis on your back. It’s hard in winter to find objectives that allow you that ‘up and over’ feel as you have to carry skis with you or endure 8 hours of trail breaking up to your waist back to town. Having done the latter on a couple of occasions I’m keen to avoid it as best I can!

The weatherman had given us a few days of good weather, but with the Foehn still lurking it was best to not get on anything major and commiting as you never quite know what is going to happen when the Foehn is visiting. So I managed to convinvce Ally for one last mountain burn before he jumped on the plane for some home time. Given the amount of snow we’ve just had I figured it would be the perfect time to get on Naia- being a natural gully line I thought it would be buried in snow and therefore pretty fast and easy to climb. I was wrong, but hey we got up it anyway.

The approach was horrible- the sun bore down on us with a warm Foehn wind and soggy wet snow. It took hours to break trail up to the Charpoua hut- but as usual the views up here are incredible and it’s always magical having a bivy hut in winter to yourself. After chatting the rest of the day away and attempting to play Uno (an impossible task) we headed off to bed.

A 4am wake up call saw us heading up to the base of our route. The snow pack had refrozen overnight in to a perfectly annoying crust- not thick enough to support body weight but also too thick to break under ski edges. So it took a while to get to the shrund- plenty of swapping skis and boot packing and swearing. Arriving at the base and it all looked good- at least there was ice on the route

The sun rose behind us on the Mont Blanc massif and Ally started up the first ice pitch. What looked good was obviously not as he climbed up eggshell old ice and got his first introduction to climbing steep ice with skis on his back.

From here on it’s a fast couloir romp to the cruxes above which looked mighty thin from below. It was good to feel like we were moving fast again, less good was that I’d only brought 4 cams as rock pro. A good schooling in thutching with skis on (not pretty) saw us out of the cruxes and on faster terrain to the Sans Nom Ridge. By now it was obvious we weren’t going to make last lift down Montenvers so it was just a case of kicking back and enjoying where we were. The ridge itself actually took some time- skis catching on gendarmes coupled with plenty of traversing on black ice wasn’t too conducive to setting any speed records but it was great being up on the Sans Nom Ridge.

The views from the top of the Verte in winter are really 5 star. I’ve climbed the Verte 7 times now and it’s still one of my favorite summits for the view. Downclimbing the Whymper was great- soft deep snow to plough down. A quick rap at the shrund saw us combat skiing on horrible snow down to the Vallee Blanche and the final ski and walk down to Montenvers just as the sun set.

All in all a really fun day out. After a couple of tough and abortive attempts on the Jorasses it was nice to move again and enjoy Chamonix for what it’s best at delivering- fast and light alpine romping. 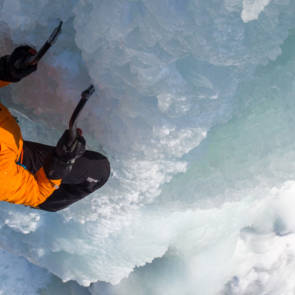 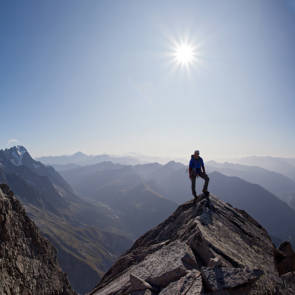 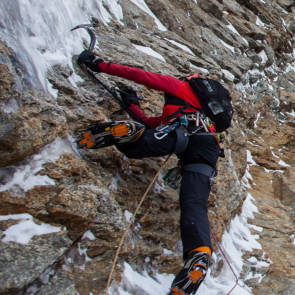 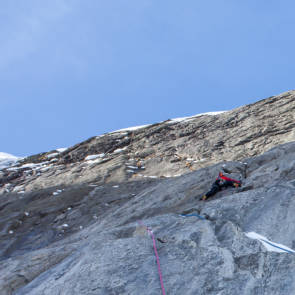