The last few days saw Tim emmett and myself head up to the Abri Simond to do some of the best climbing I have ever done. On Monday we headed over to Pinnochio which has long been a route I have wanted to do. Whilst it is not in great nick for the moment (ie very thin ice in parts) it is still do-able. A very varied and excellent climb- I highly recommend it.

Tim Emmett on the crux

Tim Emmet dislodging a rather large snow block on the crux

Me on the final exit pitch, © Tim Emmett

Yesterday saw us head over to a climb that Bullock and Baird had done the previous day. Bullock had spotted a line next to Hit Machine on the Lachenal which co-incidentally Will Sim and I had spotted only recently too. However having now been up it I can happily say that I am glad I was with someone alot better than me as the leading was incredibly delicate and awkward on often very loose rock. Bit too much for me…

Otherwise Supercouloir is in nick for the moment. The direct start is a little thin but has been done. Pellissier gully on the Lachenal looks very fat for the moment.
Otherwise the Gabbarou and Modica now have a track going up to them through the snow field. The Modica is looking a wee bit thin but once again both are climbabale.
the Cosmiques couloir is also in ok nick for the moment. Expect a bit of mixed though as its not 100% formed.
The ski out down the ‘James Bond track’ is also great for the moment- in fact it is so good that they have actually bought a piste-bully up there and groomed it. 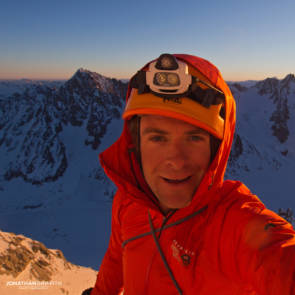 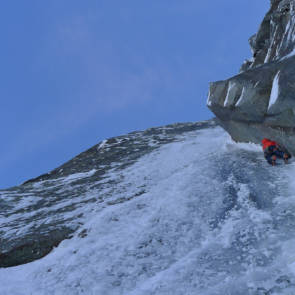 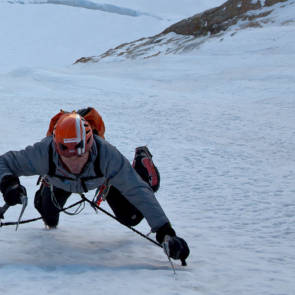 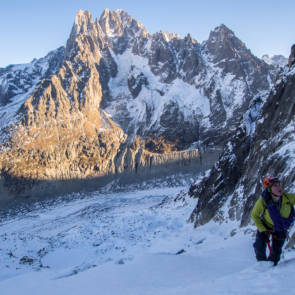